Even though pundits are forecasting a huge year for RIA M&A in 2019, the market is off to a slow start this year compared to last January, according to a recent report.

The month saw 12 RIA transactions in total, representing $4.4 billion, Fidelity found. The 13 RIA deals completed in January 2018, however, represented $21.5 billion, although two of the deals were more than $7 billion each, according to the report.

On the other hand, there was just one independent broker-dealer deal this January, representing $13 billion, Fidelity says.

Last January saw no IBD deals at all, according to the report.

For all of 2018, RIAs accounted for 87 of the 95 deals Fidelity registered for the year, according to the firm’s 2018 transactions report.

And while the number of deals was off 16% from 2017, the total assets under management transacted rose 10% to $109.4 billion, Fidelity says. 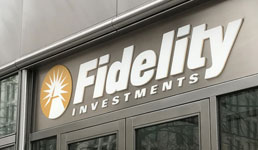 The company attributes the sharp increase to accelerating consolidation of the channel.