RIA and turnkey asset management platform provider mergers were among the top RIA deals of 2018, a DeVoe & Company M&A report reveals. Among the biggest deals last year, Edelman Financial Services merged with Financial Engines in a $22 billion deal, Loring Ward merged with Buckingham in a $17 billion deal, and FTJ Fund Choice merged with Northstar Financial in a $10 billion deal. And even though the year is so far off to a slow start, industry experts say TAMP and RIA mergers may continue strong through 2019.

“I was caught off guard a little by TAMP and RIA M&A activity in 2018, as were a lot of people,” Pete Dorsey, managing director of advisor management and institutional sales for TD Ameritrade Institutional, says. But there are many reasons RIA and TAMP mergers make sense, Dorsey says. “The industry is in a ‘Keeping Up with the Joneses’ type of moment,” he says. “RIAs are spending 28% of their money on technology and marketing as costs increase,” Dorsey claims. And merging with TAMP providers can relieve some of that pressure, he seems to say.

Firms receive “tremendous amounts of scale by merging with TAMP providers,” he says. And the combination can “make for a very nice bottom line outcome.”

Dorsey isn’t the only expert to suggest RIA and TAMP mergers may be on the rise.

Managing partner of DeVoe & Company David DeVoe also expects TAMP and RIA mergers to continue in 2019 — particularly off the back of the Edleman Financial Services and Loring Ward “mega-deals,” DeVoe says.

With the Edelman and Financial Engines merger the advice industry saw “arguably the largest robo advisor in the market” get together with an RIA to take advantage of each company’s “underreported tech savvy,” DeVoe says. The industry could see “more TAMPS merge with RIA providers” to capitalize on similar capabilities in 2019, he claims. 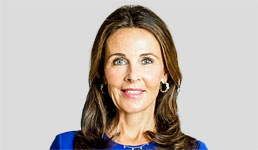 “We expect that more advice firms will want scale. They will also need technology to help them have a good business model and be profitable,” she says.