RBC Wealth Management - U.S. has launched a new unit that will assist the company’s employees in preventing and reporting suspected financial abuse, the company says.

In addition, RBC is working with Sifma on its initiative to protect elderly investors from financial exploitation, according to the company.

RBC’s new Client Risk Prevention Division aims to address the estimated $3 billion lost by Americans annually as a result of financial exploitation, according to Sifma, RBC says in a press release.

The actual scale of financial abuse, however, may in fact be much higher, as only one in 44 such cases gets reported, according to the press release.

One of the goals of RBC’s recent initiatives is to “open that dialogue” about financial fraud that many people don’t want to engage in, Michael Armstrong, CEO of RBC Wealth Management - U.S., says in the press release.

RBC also claims that its new initiative goes “well beyond” the requirements recently enacted by Finra to protect investors from financial abuse.

The company will train its staff to recognize and fight such abuse and incorporate these topics into their annual reviews with their clients, according to the press release. Part of the initiative also includes working within the communities of which RBC’s advisors are a part, including partnering with community groups and law enforcement, the company says. 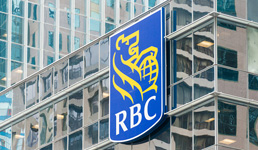 "We believe it is our responsibility to do everything in our power to preserve and protect the dignity and financial wellbeing of our clients," Jen McGarry, head of the Client Risk Prevention Division at RBC Wealth Management- U.S., says in the press release."Our financial advisors – and all the employees that support them – are in a unique position to help mitigate the risk of financial exploitation. By establishing this dedicated division and supporting SIFMA in its Senior Investor Protection Initiative, we’re taking proactive steps to address a very real and growing concern."