The broker-dealer and investment advisory business models can remain distinct even under a uniform fiduciary standard, the committee says.

The SEC’s Investor Advisory Committee is insisting the securities watchdog dramatically change its Regulation Best Interest. Its most critical recommendation is for the SEC to explicitly say the best interest standard is indeed the same as a fiduciary standard.

In the past the Commission – including Chairman Jay Clayton – has agreed verbally that the two terms mean the same thing, but that sentiment has not yet explicitly made its way into the regulation, according to the IAC.

The IAC says most of its members believe “a best interest standard is a fiduciary standard, as Commission officials have indicated in public remarks since the proposal was released for comment.”

But the IAC believes it’s not enough to simply imply the connection between best interest and fiduciary.

“The Commission should explicitly recognize that the best interest obligation outlined in Reg BI is a fiduciary standard and adopt an approach to its implementation that would be uniform with the Advisers Act standard in principle, but vary in its application, depending on the facts and circumstances,” the IAC says.

At the Finra annual conference in Washington, D.C. in May, Clayton said he believed it was better to hold broker-dealers to a best interest standard instead of a fiduciary standard.

“I thought calling it both fiduciary [instead of best interest] and then defining [the terms] would not make it clear that the relationship is different,” Clayton said at the time.

Clayton noted that even the term fiduciary can have various interpretations.

The IAC’s recommendation – and several more – were submitted at a meeting it convened on Wednesday to discuss the SEC’s work to enhance retail investor protection and retail investor decision-making.

Among other things, the IAC advises the SEC on regulatory priorities and initiatives to protect investor interests and promote investor confidence.

The four key IAC recommendations are:

Firstly, that the standard for broker-dealers and investment advisors should be clarified with regards to the obligation to act in customers’ best interests.

The IAC believes the meaning of the best interest obligation should be clarified to require broker-dealers, investment advisors and their associated persons to recommend the investments, investment strategies, accounts or services from among those they have “reasonably available to recommend.” The IAC adds those individuals must “reasonably believe” those recommendations “represent the best available options for the investor.”

Secondly, the best interest obligation should be expanded to cover rollover recommendations and recommendations by firms that are dually registered as broker-dealers and investment advisors.

The IAC says some of the most important decisions investors make arise at the outset of the relationship, and these include decisions about whether to roll money out of a retirement account and into an IRA, what type of account to open and the scope of services to be provided.

“Those central decisions – generally made at the beginning of a brokerage or advisory relationship – set up the contours of the relationship,” the IAC says. “They will often have a far greater impact on the investor than subsequent recommendations regarding which specific securities to invest in.”

Thirdly, the best interest standard is – and should be characterized explicitly as – a fiduciary duty, while making clear that the specific obligations that flow from that duty will vary based on differences in business models.

The IAC says it shares the SEC’s view that investors benefit from having a choice between a broker-dealer or an investment advisor business model, but it believes those choices can remain even when both are held accountable to the fiduciary standard.

“Making it clear that both broker-dealers and investment advisers, regardless of business model, are working as fiduciaries under a standard tailored to the functions they perform would simplify the issues for investors and the regulated community alike,” the IAC says.

Lastly, before adopting the disclosure obligations, the SEC should conduct usability testing of the proposed Customer Relationship Summary disclosures and, if necessary, revise them to ensure they help investors make an informed choice among different types of providers and accounts. 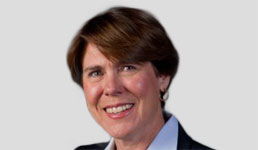 The first part of the last recommendation has already been covered by the SEC. The commission released late Wednesday the results of its investor testing of the Form CRS, which shows a number of communication failures with investors, as reported.

The Form CRS is meant to make it clear to investors whether they are dealing with an investment advisor or a broker-dealer. It requires an explanation of the principal types of services offered; the legal standards of conduct that apply to the investment advisor or the broker-dealer (whichever relationship applies); the fees a client might pay; and certain conflicts of interest that may exist.

Barbara Roper, Pueblo, Colo.-based director of investor protection at the Consumer Federation of America and a member of the IAC, says there are many useful insights in the report to guide the SEC to improve the Form CRS – if the regulator actually wants to improve the form.

“We think the best way to [improve the form] is to work with disclosure design experts to revise and retest the content, language, presentation and formatting of the disclosures to ensure that they fulfill their intended function of dispelling investor confusion,” she says.