How Advisors Identify and Diversify Away from Hidden Contagion Risks

Everyone knows diversification is a key ingredient to protecting your clients assets, but how do you know whether a portfolio is truly diversified? 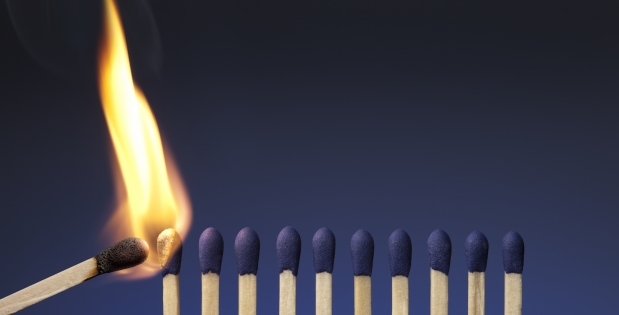 The global financial crisis wreaked havoc on investors’ portfolios, including those of wealth management clients who thought their financial advisors had them properly diversified. In truth, when the S&P 500 plummeted 54.89% between October 2007 and March 2009, those investors learned the various asset classes across their portfolios were far more correlated than was otherwise thought. As a result, hidden contagion made the clients of seemingly savvy financial advisors far more vulnerable than they expected.

Advisors who successfully weathered the storm say identifying and diversifying away from contagion risks in the future is possible – at least for those who know where to look. Spotting correlations among sectors, asset classes or countries is a good first step. Tracking major outflows and consistent flights to safe haven assets is another useful measure. But the real key is being able to identify potential triggers by making connections between seemingly distinct markets.

“Looking at the 2008 correlation and contagion, the lesson for advisors is to not conflate diversification and risk management,” says Greg Luken, a former financial advisor who runs Luken Investment Analytics, a Nashville, Tenn.-based quantitative outsourced CIO firm serving advisors. “Know the maximum acceptable loss in the portfolio, and in each respective investment in the portfolio, as well as conditions when you will exit the position.”

“Cash as an asset class — for liquidity, safety and opportunistic purposes — was a lesson many advisors learned during the crash.”Adam TabackWells Fargo Investment Institute

He warns that waiting until you’re in the midst of a crisis or potential crisis is the wrong time to start. Instead, Luken suggests, advisors should begin with the end in mind. Earlier this year, wary of how rising interest rates are affecting bonds, his firm started proactively de-risking portfolios for advisors by increasing positions in short-term and floating-rate fixed income.

Luken also notes that while no signs of global contagion are imminent, he does point to potential debt restructuring problems in Greece and Italy as having the potential to spark a contagion event in the Eurozone that could one day affect U.S. advisory portfolios.

Adam Taback, a one-time financial advisor and head of global alternative investments for the Wells Fargo Investment Institute, says although diversification should be achieved through uncorrelated asset classes, he encourages advisors to consider their clients’ liquidity needs when trying to diversify away contagion risks.

“Cash as an asset class — for liquidity, safety and opportunistic purposes — was a lesson many advisors learned during the crash,” he says, recalling how in 2008 cash was one of the only asset classes to avoid losses and that advisors who had already given client portfolios enough exposure to it were able to reallocate at significant bargains.

On the other hand, Taback says, advisors discovered that a lack of liquidity from alternatives such as hedge funds benefited certain clients. “By keeping investors from redeeming quickly out of fear, managers could keep the capital and gain returns, since the next calendar year, markets saw a big snap back up in 2009.”

If a new contagion on the magnitude of the 2008 crisis does strike, advisors should think twice about running to treasuries, according to Michael Poppo, a New York-based financial advisor who manages over $1.3 billion at UBS.

During the financial crisis, the MSCI EAFE fell more than 50% before rebounding by more than 70% in the following year. The massive outflow from foreign markets, coupled with the massive inflows into U.S. Treasuries, left the U.S. government benchmark Treasury with an effective yield of 0%.

“Selling out after a historically significant correction is rarely a good idea and, in this analysis, would have resulted in leaving the MSCI EAFE — yielding 5% — to purchase an overvalued, effectively non-yielding investment,” Poppo says.

"Many clients are concerned about interest rates rising and the impact of that on their portfolio. As advisors seek to reduce duration risk, they are often introducing more credit risk than they recognize. The issue with this is that credit risk is more correlated to equities, and this means portfolios aren’t as diversified as they should be. Utilizing high quality fixed income and uncorrelated alternatives could help."