Sometimes telling the story of someone you know can help convince clients to make wise decisions.

This time we hear from Steven Bové, president of Oldsmar, Fla.-based Lebrigh Life Planners. He recalls a time when his story about a friend’s medical scare had an impact on a client’s retirement planning.

I recently met with a new client, a retired single woman in her 70s. She was relatively well-off but didn’t have a ton of wiggle room in her retirement plan. As I was gathering information, I noticed she had a Medicare Advantage Plan, as opposed to a more comprehensive Medicare plan. Medicare Advantage Plans cover a wide range of medical services but their benefits aren’t as extensive as more expensive Medicare plans. I pointed this out to my client but she was hesitant to switch to a plan that cost more. She didn’t want to give up certain lifestyle benefits in exchange for more healthcare security.

A few weeks after our conversation an older friend of mine fell and fractured his pelvis. My wife and I wouldn’t have known about this accident right away, except that as it turned out, he’d listed us as his health care surrogates. We helped get him transferred out of the ER. The doctors told us he would stay in the hospital for about a week, after which he’d be transferred to a rehab facility.

My wife had recently seen a friend go through rehab, and she wanted our older friend to go to the same facility, which she knew was first-rate. But when we told the hospital where we wanted our friend to go, we were told his healthcare wouldn’t cover treatment in that facility. The hospital explained to me that our friend had a Medicare Advantage Plan, which wasn’t accepted at that particular rehab facility.

After some research, my wife and I found a facility for him, but it quickly became clear that the staff at this facility were hoping to dismiss our friend as soon as possible. He ended up staying for 30 days, after which he went into an assisted living facility — even though he wasn’t totally recovered.

The next time I met with my client I told her the story of my friend. I wanted to make sure she had a very clear idea of the difference between different Medicare plans, and what that could entail in case of a medical emergency. Assisted living isn’t cheap, I told her. You might save a little money for a few years, but those savings could be wiped out with a single accident.

I could tell the story had a big impact on my client. Together, we decided to rearrange her cash flow over the next year so she could apportion more money to a more comprehensive Medicare plan.

It can be hard to convince clients to spend more money. They often see their advisor as a person whose job is to help them save and grow their wealth, not spend it down. While that’s an important part of my job, another important role I play is helping clients identify and address risk. Sometimes doing that costs money in the short term, but it almost always pays off over time. 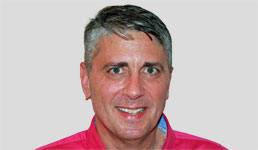 Still, just explaining this to clients isn’t always enough. It wasn’t until I told the story of my older friend that my new client began to fully understand the implications of sticking with a skimpy health plan.

You can give clients all the information you want, and even present them with hypotheticals to illustrate the ramifications of potential choices. But when you tell them the story of someone in a similar situation — especially if that person is someone you know and care about — they’re able to internalize that information and really take it to heart.