Alts-Based Wealth Firm Looks to Recruit FAs From All Channels

Backed by private money, Third Seven Capital exists to support "early-stage companies not yet ready to approach the institutional market," according to its website. Its top executives boast experience in sectors such as energy, technology, healthcare, real estate and luxury goods.

TSCA is meant to provide rich and ultra-rich clients with access to some of its early-stage deals -- a service Dogra sees as a vital point of differentiation for the new business line, both to end clients and the advisors it hopes to recruit to its hybrid platform either as employees or independent affiliates.

In a world dominated by ETFs and robo advisors, TSCA claims it’s out to "put investments back in investing."

"We want to bring back those golf course discussions, that shark tank excitement of sharing ideas people get passionate about," Dogra tells FA-IQ.

Adds Dogra: "As an emerging firm in a crowded market we’ve identified demand for a curated approach to alternative investments."

Along these lines, Dogra tells of a wirehouse rep he’s in discussions with who joined his present firm largely on the promise of being able to tap into the pre-IPO market on his clients’ behalf. "He tells me he’s never once seen that dealflow," says Dogra. "It seems that access is only for the top 10 advisors at a firm, and it’s something someone with $500 million at a wirehouse just isn’t going to see."

New York-based TSCA is looking to attract advisors from the RIA, independent broker-dealer and wirehouse channels whose clients want in on such transactions -- at least on the basis of satellite investments. The new firm is especially keen on those with above-mass-affluent clients and books of business in the $300 million to $500 million range. 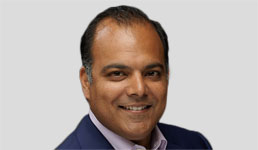 Though just out of the gate, Hillson says TSCA already has "commitments for almost $300 million" in assets under management to be transitioned this quarter. Dogra adds the firm has "a billion-dollar pipeline" -- which, if transitioned successfully this calendar year, would take the firm past its intake goal for 2018.

For Jim Berliner, president of Los Angeles-based Westmount, the tie-in with Temperance lets him "remain independent, to continue serving our clients without conflicts of interest, and to further expand ownership within the firm."

In taking over from Rosemont, which has been invested in Westmount for the past six years, Toronto-based Temperance says it’s keen to support "Westmount’s management team in both its organic and inorganic growth strategies."