RIA Sellers Warned: Many M&A Deals Will Fail in 2018

With wealth firms changing hands at a furious pace, some market players are eager to warn would-be sellers that quantity doesn’t equal quality -- and that more transactions hailed means more deals are quietly biting the dust.

"For every M&A deal that gets done, there are several that fail to get executed," says Joseph Rizzo, newly appointed head of RIA growth strategies at Dynasty Financial Partners, a New York-based infrastructure provider to independent wealth management firms. And "50% of these mergers fail to add sustainable growth or profitability," he estimates.

Impacted by a wave of boomer-age FAs looking to cash in amid renewed interest from banks, private equity firms and consolidators, 2017 saw 168 RIA M&A transactions, according to the Los Angeles-based investment bank Echelon Partners. That set a new record for the fifth straight year -- and marked the second consecutive year in which the average deal size exceeded $1 billion in assets under management.

For Echelon CEO Daniel Seivert, it’s "wonderful to see entrepreneurs in the wealth management industry enjoy another record-breaking year of liquidity events, partnerships, investments, tuck-ins, and promotions to ownership status," according to the firm’s most recent "RIA M&A Deal Report."

And there’s reason to think the trend is sustainable. By Echelon’s reckoning, only about 10% of RIAs with assets over $1 billion have merged, leaving many others still looking for dance partners.

But Rizzo cautions against irrational exuberance -- especially when there’s disagreement about valuations, transparency is lacking and momentum is doubtful.

"Everyone thinks their business is worth a premium to what it actually is," says Rizzo, addressing valuation. And even when "sophisticated buyers" are willing to meet sellers’ outsized expectations, such deals come at a steep discount in terms of future earnings potential that has to be surrendered.

Failing to achieve clarity on the financing mechanics of a proposed merger is another reason deals run aground. "Too many people just focus on the economics of a deal and fail to deliver a clear and articulate vision for how the two firms can and will work together," says Rizzo.

“People will tell you they want you to be part of their firm ... [but] they're really just trying to get your assets.”
Mark Germain
Beacon Wealth Management

Operating on the premise that execution is everything, Rizzo says successful buyers and sellers "clearly define the process for transition and the benefits each step provides to the transitioning team and their clients."

Defining clear steps can also aid in momentum, without which deals can go south -- either from atrophy or by lumbering into confusion.

"The process has to move forward in a defined process with escalating commitment," says Rizzo. "Laying out specific steps of due diligence and negotiation helps both sides stay focused on the goal" and makes it more or less obvious when "the deal is going off the rails."

Mark Germain of Beacon Wealth Management in Hackensack, N.J., says he’s "been to the proverbial altar of M&A about six times" without ever tying the knot.

One reason is the use of "different valuation methodologies," says Germain, whose firm manages about $300 million. This can arise from a prospective buyer seeing itself as being more valuable pound-for-pound by virtue of having "by definition a better mousetrap."

Deals can also get snagged in complex financing structures, says Germain. Some buyers assume any firm on the block "needs to be acquired, so they create an acquisition model that effectively uses my positive cash flow to purchase me -- and take my identity and plan my exit."

To that very point, Germain once discovered a slide presentation by a suitor extolling to prospective financial backers its plan to buy firms just like his "and replace the owners within three years with cheaper people."

That approach was at odds with what they were telling Germain to his face -- and not at all what he was looking for.

"It’s amazing, people will tell you they want you to be part of their firm and get the best of both worlds and so on -- and they’re really just trying to get your assets," says Germain. "That’s all they want." 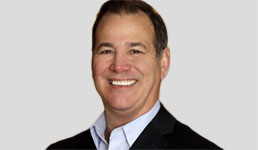 That’s why Germain says it’s vital "to read and understand" documents on governance around the proposed merger, and not just the financial details. "As a former CFO of a software firm, I read every paragraph -- and most often find I go from a position of control to one of insignificance."

In one galling example, Germain tells of a clause in an agreement setting forth "a unilateral non-disparagement agreement."

In other words, Germain would have had to promise not to disparage the buyer at any point -- without a guarantee of reciprocity on that score.

But Germain believes his past experiences of having been "left at the altar" haven’t been in vain. He and his colleagues at Beacon Wealth Management still want a merger partner. But this time they know exactly what they want.

"We are looking to merge with a firm that’s overstaffed because we need to add two people to meet the demand we’ve created," he says.

And it seems there are firms out there that are adept at identifying talent, that have become overstaffed in their efforts to provide high-touch service and want to merge with firms that can absorb the excess capacity -- especially ones that are better at gathering assets than hiring.

"I’m not a human resources person, so I’m looking for a firm that has that strength, that’s already successful in HR," says Germain.

But clarity, honesty and strategic fit aren’t enough to see a merger through to completion and post-transaction success, says Germain, who has been involved in completed mergers as a tech-firm executive.

For one thing, it’s important to dispel the notion "that the firm trying to acquire you has the answers," says Germain. In effect, they’re also operating in the dark, and -- just like the would-be seller -- they’re hoping the firm in view can solve problems for them.

Against this backdrop the only reliable factor determining a good outcome is cultural compatibility -- which boils down to getting along and being on the same page.

"It’s all about the cultures, and if the cultures don’t fit, it doesn’t matter how good you are or how good they are, you won’t be good together."