How A Bezos, Buffet, Dimon Team-Up Would Rock the Advice World

Amazon, Berkshire Hathaway and JPMorgan Chase recently decided to join forces to build a healthcare company that would be “free from profit-making incentives and constraints,” according to the Wall Street Journal. That’s exactly what’s needed in the investment management space, columnist Jason Zweig writes in the paper.

The investment industry rivals health care in its complexity and lack of transparency, combined with unreasonable costs and poor quality, he writes. For example, as of the end of 2016 there were 8,066 mutual funds offered in 25,109 share classes, according to Investment Company Institute data cited by Zweig. Even investors simply looking to match the market (and not outperform it) still had more than 3.2 million market-tracking indexes to choose from, according to Index Industry Association data, he writes.

The wealth management industry continues reaping profits — despite investment costs falling recently, “far too many” financial advisors can still get away with 1% annual fees, according to Zweig. And what Arthur Zeikel, then the president of Merrill Lynch Asset Management, said in 1996 still holds true: “Managing money is the most profitable business in the United States,” Zeikel said, according to Zweig.

At 24.1% average net profit margin, investment management has the second-highest net margin out of 142 industries tracked by FactSet — after the tobacco industry, he writes.

In asset management, Wall Street, instead of admitting that extra returns necessitate taking on extra risk, keeps rolling out increasingly complex products with caveats, such as non-traded real-estate investment trusts with solid dividends but limited capacity to dispose of them at fair value, or indexed annuities in which investors risk having their payouts reduced with no warning, Zweig argues.

As for quality, around four out of five mutual funds can’t match the returns of the markets in which they ostensibly invest, he writes — and it’s been like that for 80 years or more, according to studies cited by Zweig. 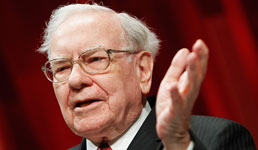 The same goes for transparency: 401(k) account statements on fees are as obscure as “a manuscript written in medieval Amharic,” he writes. Meanwhile, ETFs are sometimes marketed based on returns in indexes that simply weren’t there for the period touted, according to Zweig.

Amazon’s CEO Jeff Bezos has said “Your margin is my opportunity,” according to Zweig. And the investment management industry still has “a mountain of margin,” he writes.