Equities Might Matter So Much Less For Your Wealthiest Clients

As affluent clients' wealth grows, so does the likelihood that their stock and bond portfolios will shrink in size compared to their other investments.

At least that's a key finding of a new study by Visual Capitalist.

"It's slightly counterintuitive because investors are commonly told that the way they're going to build wealth is by increasing their investments in financial markets," says Jeff Desjardins, founder of the independent business research firm, which is based in Vancouver, B.C.

The study crunched Federal Reserve data and refined previous research into wealth distribution by Windfall Data's Ben Weber. But advisors shouldn't think that the results of the report suggest investments by clients in equity and fixed income markets will drop over time, Desjardins points out.

"The dollar totals for stocks and bonds are likely to keep rising over time," he says. "It's just that as a percentage of someone's net worth these types of investments are likely to become a smaller part of the overall portfolio."

For most affluent families, Desjardins finds that primary residences and vehicles are the most "massive" components of wealth at the beginning stages. Then as wealth accumulates, those two areas "hardly make a dent in the overall wealth picture," he says.

Business interests tend to swell as clients amass more assets, according to Desjardins. His work shows that a typical family with $100 million or more will see half of its wealth represented by such professional-focused assets. For clients with $1 billion or more, that figure jumps to 67% on average.

"As your client's wealth grows, it's going to become more difficult to separate a family's business and personal interests," Desjardins says. "On the financial (investments) side, it's also important to keep in mind that as their wealth accumulates, liquidity can almost evaporate."

Fund holdings as a proportion of net worth also tend to fall significantly, he observes. "As families scale up in wealth it tends to happen rather quickly," Desjardins says. "So high net worth and ultra-HNW investors are probably putting more of their new money into different types of investments -- it's easier to own real estate and private companies as well as other types of assets directly."

But such a view of wealth can be heavily skewed by demographics, observes Jim Maher, chief executive of St. Louis-based Archford Capital Strategies.

The independent RIA, which manages more than $750 million, serves a primary niche of business owners who run privately-held companies. As a result, many of Maher's clients are up-and-coming professionals. Wealth accumulation by younger entrepreneurs tends to be flip-flopped from most established -- and generally older -- small business owners, Maher points out.

"Typically when we work with first-generation entrepreneurs, they have significantly more assets in their businesses than in their investable portfolios," he says. "So they're all-in from the start."

The result for a growing wealth management practice, Maher argues, is that advisors shouldn't generalize about how their clients generate wealth.

"Accumulation of assets outside of someone's core stock and bond portfolio can be a red flag of larger lifestyle and generational wealth concerns," he says. "It needs to be explored and discussed with clients as much -- if not more -- as stock concentration and a lack of diversification in a family's investment allocations." 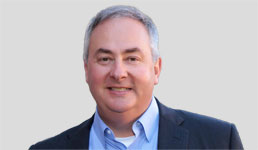 Besides parsing wealth on a client-by-client basis, some advisors say they're looking closely at how different investors behave within tighter wealth bands than this latest research indicates.

For example, Visual Capitalist's report groups investors in the $1 million to $9 million level. But Michael Barancyk, a senior partner at Oak Partners Wealth Management in suburban Chicago, sees even greater disparity in wealth accumulation than such research might suggest.

He notes that a large percentage of clients at Oak Partners, which manages about $750 million, falls within that range. So in analyzing his book at the independent RIA, Barancyk and his colleagues break such a major grouping into two different levels. "We see much different behavior between families with $1 million of investable assets and those with closer to $9 million," he says.

At the lower end of the spectrum, Barancyk finds a typical $1 million client with a much greater concentration of wealth in retirement assets and primary residences. In fact, he'd double the study's averages in those categories.

By contrast, a client of his with close to $10 million has half as much as listed in this study invested in retirement and housing assets.