With succession planning top of mind, Ivor Massey was certain he wanted a partner for Richmond, Va.-based Triad LC, the noncommercial family office through which he and a small staff had been managing his family’s wealth and philanthropic work since the mid-1990s. He just wasn’t sure what kind.

"I’ve turned 70 and I don’t want to be involved so much, not on a day-to-day basis," Massey tells FA-IQ. "We thought about joining with another family office and then perhaps getting some commercial clients" as a way to build out a succession plan for next-generation management, greater cost efficiencies and to retain Triad staffers by giving them "a more robust career path" in a more dynamic setting while meeting the wealth- and asset-management requirements of a complex multigenerational legacy.

It’s hard to provide definitions, let alone statistics, for family offices. Ranging from complex multijurisdictional entities to side-jobs for bookkeepers at family-owned businesses, by most accounts they number a few thousand in the U.S., where they mind well over $1 trillion. Again, estimates differ, but it’s widely reckoned a family needs north of $150 million to make a standalone family office worth the expense and trouble of running one. They’re also said to struggle to match staff salaries on offer to family-wealth specialists at commercial and -- especially in money centers like New York, Chicago and San Francisco -- some non-commercial rivals.

Multifamily offices like Norfolk, Va.-based Signature -- commercial versions of the family office -- number in the hundreds. Most MFOs are registered as investment advisors or licensed as trust companies, and most have minimum client portfolio values in the low- to mid-tens of millions of dollars.

"They’ve got a great internal culture," Massey says of Signature. "They’re very collegial, they look for top talent and they’re not bound by a lot of bureaucracy -- and it’s clear they like each other and enjoy what they’re doing."

Besides that, adds Massey, "We were neighbors already and knew each other pretty well."

Indeed, Triad and Signature’s Richmond office shared a floor in the same downtown office building even before they came together.

But those considerations paled next to Triad’s need for an acutely tax-efficient approach to wealth management -- an area where most commercial firms fall short, according to Massey.

The deal went down because Signature demonstrated an ability to provide “long-term, non-conflicted buy-side advice" to support "an overall strategic plan" that "if you're smart you can adapt as laws and the universe change.”Ivor MasseyTriad LC

For the majority of wealth managers, "the tax-efficient management of wealth is a small segment" of what they do, says Massey. For families with large and complex fortunes like his, however, it’s everything.

In this light, Massey says Triad threw in with Signature not just because it provides a succession plan for managing the Massey family’s wealth in the next decades, and not just to give its staff a congenial and rewarding place to work. In addition to these contributing factors, Massey says the deal went down because Signature demonstrated an ability to provide "long-term, non-conflicted buy-side advice" to support "an overall strategic plan" that "if you’re smart you can adapt as laws and the universe change."

Finally, Triad went with Signature to take the sting out of rising technology prices. "It puts relentless pressure on the cost side of the equation," says Massey.

For its part, Signature, a twenty-four-year-old firm with more than $4 billion under management, is "thrilled" to have Triad aboard, its CEO Randy Webb says. Besides having "an enhanced ability to source talented employees, more buying power, and greater access to investment managers and opportunities," the tie-in with Signature gives Triad "access to a strong business professional network and focused attention on the unique needs of" ultra-rich families.

Signature won’t say how much money Triad brings with it, and neither will Massey. 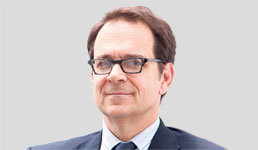 A magazine profile from 2010 pegged the Massey family fortune at about $100 million -- but that may not include the holdings of Ivor Massey’s brother Eugene, whose fortune Signature now also manages. According to Massey and others, the money goes back two generations and comes from a mix of textiles, natural resources, prudent stock investing and, especially through the last 30 or so years, funding for tech companies.

Massey is slated to stay on and work with Signature "as an ambassador to the Richmond business community" he says. But that won’t be in a full-time capacity.