Other broker-dealer firms are expected to follow Morgan Stanley’s lead and drop out of the Protocol for Broker Recruiting.

Experts fear Morgan Stanley’s exit from the Protocol for Broker Recruiting is a stern warning to broker-dealers planning to leave the wirehouse and to the firms planning to hire or absorb these individuals. The clear message, say lawyers, is that doing so would lead to more payback in courts or in arbitration. And other broker-dealer firms are expected to follow Morgan Stanley’s lead.

“What Morgan Stanley is doing is effectively threatening every broker-dealer it has from leaving and sending a message to Wall Street and other firms that if you ever try and go after our broker-dealers, we will retaliate,” says Bill Singer, a lawyer who is of counsel at Gusrae Kaplan Nusbaum.

Dennis Concilla, head of Carlile, Patchen & Murphy’s securities litigation and regulation practice group, expects more broker-dealer firms to drop out of the broker protocol because “rumors” to that effect have been swirling for “quite some time.” He declined to name specific firms.

The broker protocol governs the use of client information when registered representatives move between firms that are signatories. It was originally signed in 2004 by UBS Financial Services, Citigroup Global Markets and Merrill Lynch, Pierce, Fenner & Smith. There are currently more than 1,700 signatories to the broker protocol.

At the heart of the broker protocol is the ability of broker-dealers to take with them client information, subject to the rules of the protocol, when they leave a firm. Taking customer information typically means broker-dealers are eventually able to take millions or even billions of dollars in client assets with them.

An example of a pending high-profile case where the strength of the broker protocol is a consideration is the arbitration case filed by UBS against its former advisors Phil Fiore, Jeff Farrar, Louis Gloria and Thomas Gahan. While at UBS, the advisors oversaw $8 billion in institutional assets and more than $400 million in private wealth assets on both a non-discretionary and discretionary basis. The four advisors subsequently launched Procyon Partners, which is part of the RIA network of Dynasty Financial Partners.

The broker protocol lets registered representatives who move from one firm to another – as long as both firms are signatories to the protocol – take the following account information: client name, address, phone number, email address, and account title of the clients they serviced while at the firm – and nothing more.

The broker protocol also lets the registered representatives complying with the agreement solicit customers they serviced while at their former firms – but only after they have joined their new firms.

Concilla says only a minority of the broker protocol signatories – slightly more than 100 firms – have dropped out since its inception. But he acknowledges that a random check of those 100 firms shows that some of those firms dropped out within months of joining.

“If you’re a firm that’s rapidly expanding, you like the protocol. If you’re on the losing side, you don’t,” says Shirl Penney, CEO of Dynasty Financial Partners.

Gusrae Kaplan Nusbaum’s Singer believes Finra should intervene. “Finra needs to convene an industry conference to finally be able to decide on what’s a workable definition of who owns the customer. There’s got to be a better way of doing this than TROs and arbitration.”

Finra, as well as broker-dealer group Sifma, declined to comment for this article.

Ron Edde, president and CEO of industry recruiting and consulting firm Millennium Career Advisors in San Diego, Calif., has been expecting such a move from Morgan Stanley as a “natural followup” to the revelation that it will stop paying big retention bonuses to attract new recruits.

And he thinks Merrill Lynch and UBS will follow suit, followed by big independent brokers. 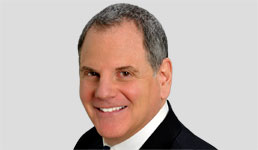 “They’re absolutely not going to unilaterally leave themselves exposed to liability. Morgan Stanley pulling out is likely going to mark the death knell of the industry protocol,” he says. “The second tier to go is probably the Stifel, Ameriprise and Raymond James [types] of the world.”

A “crumbling” environment for the protocol “won’t prove to be a positive development” for either advisors or recruiters.

“This is really going to put a crimp into recruiting activities,” he says. “Without the industry protocol, advisors who are employees at wirehouses need to realize they’ve just become indentured servants.”

Gusrae Kaplan Nusbaum’s Singer believes that Morgan Stanley – and possibly other wirehouses and big IBDs – dropping out of the protocol is partly a response to an increasing number of entrepreneurial-minded broker-dealers breaking away to start their own independent RIA firms – such as Fiore and other members of his ex-UBS team.

Cerulli Associates identified the independent RIA channel as one of the “largest pockets of opportunity” to generate revenue and increase market share in the financial advisory space. The research firm projects that independent RIAs and hybrid RIAs combined will increase their market share to 28% in 2020 from 23% in 2015.

Dynasty Financial Partners' Penney expects large advisory teams at wirehouses and independent broker-dealers to still cross over to the RIA model, even without the protection of the broker protocol. He has previously said the broker-dealer teams’ frustration with their current firm or home office tends to be the reason they begin to look elsewhere or consider setting up their own shop. But the deciding factor is often the ability to build and run the business “the way they want to.”

Carlile, Patchen & Murphy’s Concilla is unsure how successful exiting from the broker protocol will be in terms of the broker-dealer firms’ talent retention efforts. After all, he notes that even within the framework of the broker protocol, firms like Morgan Stanley and Wells Fargo have sued advisors who have left those firms for allegedly failing to comply with the protocol rules.