Russell family office throws in with Tiedemann to create a $12-billion high-wealth powerhouse.

In a significant merger highlighting the growing importance of impact investing, New York-based Tiedemann Wealth Management will buy ThresholdGroup, a Seattle-based firm that began as the private investment office of the family of George Russell, founder of Russell Investments.

The deal between Tiedemann and Threshold calls for the Russell family to take an ownership stake in Tiedemann and continue as a client of the combined firm, which will operate under the Tiedemann brand. Financial details of the transaction, which is expected to close in December, weren’t disclosed.

The combined firm will have about $12 billion under management — though Tiedemann refers to “$15 billion in assets under advisement” in its announcement of the deal.

For Elizabeth Nesvold of Silver Lane Advisors, an investment bank that counseled Threshold on the deal, “impact investing is at the heart” of the merger. “Threshold has developed a very robust impact investing platform.”

Indeed, impact investing — a subset of socially responsible investing “that aims to generate specific beneficial social or environmental effects in addition to financial gain,” according to Investopedia — has been central to Threshold’s mission from its inception as a private family office in 1999, right after the Russell family sold its investment company, a pioneering manager of managers, to Northwestern Mutual.

Threshold opened its doors to outside families — many of them looking to reduce costs associated with their running their own financial management operations while melding some of their philanthropy with mission-oriented investing — about 12 years ago. Approximately $1.5 billion of its $3.5 billion under management is in impact investments, according to the firm.

Since Threshold’s inception, Tiedemann CEO Michael Tiedemann says impact investing has moved past niche status for the ultra-wealthy. As a result, adding Threshold’s impact expertise to his firm’s product and service offerings is “a welcome addition for our clients today and prospects in the future.”

According to the Forum for Sustainable and Responsible Investment, U.S. investors had $8.72 trillion in sustainable, responsible and impact plays last year, up 33% from 2014 levels.

For Brian Hughes, a consultant to family offices and a former head of strategic relationships for Threshold, the merger positions the combined firm to compete for impact business with Pathstone Federal Street. That firm was born of a 2015 tie-in between Fort Lee, N.J.-based Pathstone Family Office and Federal Street Advisors, a Boston-based firm known for its impact investing capabilities. 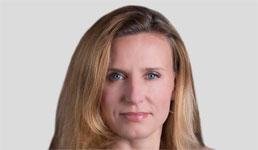 In addition to bolstering Tiedemann’s impact platform and associating it with the respected Russell name, adding Threshold stands to expand its geographic footprint. “It gets Tiedemann into the growing Pacific Northwest region,” says Hughes.

Of course, the geographic expansion works both ways. Though Threshold was already in San Francisco, Philadelphia and Gig Harbor, Wash., the link-up with Tiedemann puts it in Dallas, Palm Beach, Fla., Washington, D.C., and Wilmington, Del., in addition to the Big Apple.

And the deal gets Threshold out of a growth rut, according to Hughes. He says the firm hasn’t added much in the way of assets under management in the past five years. Tiedemann, meanwhile, has been on a bit of a tear lately — especially in light of its 2016 acquisition of the Presidio Group, a San Francisco-based RIA with about $4 billion in assets.

As a result of the merger, Threshold’s senior managing director Kristen Bauer and four other Threshold executives will become partners at Tiedemann. Bauer will also join the combined firms’ executive committee, according to Nesvold.

Eric Russell, a former president of Russell Investments, will also join Tiedemann’s board.