“It’s clearly in the crosshairs,” says Robert Foregger, a co-founder and board member of NextCapital, a Chicago-based software company that helps advice firms manage their clients’ retirement money.

Foregger bases this assessment on negative pre-election comments on the rule by Trump fundraiser and advisor Anthony Scaramucci — who has since been named to the president-elect’s transition team — and on “attempts by the Republican-controlled Congress to repeal it.”

Foregger, who describes himself as “a vocal proponent of the rule since it was floated as a concept,” says the rule should be kept. “Fundamentally, aligning the client with the advisor as it relates to one’s retirement outcome is as critical as ensuring the doctor is aligned with the patient,” he tells FA-IQ.

The rule, championed by Democratic President Barack Obama’s administration and scheduled to take effect in about five months, puts advisors of all stripes under the fiduciary standard of customer care with respect to tax-advantaged retirement accounts such as 401(k)s and IRAs. In this way, it forces a swath of advisors — including brokers and insurance agents — traditionally charged with doing what’s broadly OK for investors, to start putting the client’s specific interests first, as RIA-based advisors and trust officers have always had to do.

Though the DOL rule bans commissions on retirement accounts, including rollover transactions, the new rule allows for commission-based exceptions based on explicit investor consent. In recent weeks, some firms have declared their intention to let advisors on their platforms invoke these “best interest” exemptions or not. Merrill Lynch, for example, plans to close the door on commission-based retirement accounts. In contrast, Morgan Stanley plans to leave it open, if just a crack.

In the run-up to the DOL fiduciary rule’s unveiling last spring, and to some extent since, industry voices opposed to it have said it’s too expensive to implement and that it threatens to expose investment distributors to new liabilities — while pricing small investors out of the IRA market altogether.

In June, Obama vetoed a Republican bill to repeal the rule. Before and since, industry trade groups have sought to overturn it in court. 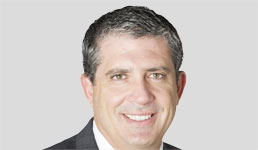 But as the general election campaign wound down to what was for many a surprising outcome, large firms started touting their readiness to comply with the new regulations.

For Foregger, that’s a good reason to keep the rule.

“When the industry first heard the concept there was significant negative reaction,” he says. “But the industry has moved from a negative initial reaction to full implementation mode.”

Adds Foregger: “Forward-thinking companies have spent the last nine months figuring out how they can realign their businesses in ways that allow them to compete. It would be a real shame for that to get reversed after so much work.”

But signs from Trump’s team put the rule in doubt.

For one thing, Trump himself seems philosophically opposed to regulation. High on his plan for his first 100 days as president is a “requirement that for every new federal regulation, two existing regulations must be eliminated.”

Then, more specific to the DOL rule, Trump advisor Scaramucci, founder and co-managing partner of the New York-based investment firm SkyBridge Capital, told InvestmentNews a few weeks before the election that a Trump administration would “repeal” the regulation.

“It could be the dumbest decision to come out of the U.S. government in the last fifty to sixty years,” he added.

Citing demands on his time since the election, Scaramucci declines to clarify or update his views on the DOL rule for this publication.

But there are signs the industry wouldn’t mind going back on the whole thing.

Commonwealth Financial Network was one of the first brokerages to say it planned to comply with the rule by doing away with commission-based retirement business going forward.

Asked for an update on Commonwealth’s DOL rule preparations in light of Trump’s win, the CEO says, “Based on the facts as they exist today, Commonwealth must comply with the DOL rule as written and we will continue to proceed with the previously-announced changes to our retirement commission business and the migration from transaction charges to a level asset-based fee.”

But if the rule gets scrapped, it seems unlikely Commonwealth’s CEO Wayne Bloom will shed many tears.

He says the financial advice industry is organically headed in a fiduciary direction, but reality on the ground calls for flexibility in how clients are charged case by case.

In this sense, he says the industry’s argument that the rule would hurt small investors wasn’t just posturing.

“The small investor will be relieved” if the rule disappears under Trump, says Bloom. “Smaller accounts really do benefit from commissions” while brokerages have to do “a lot of work to accommodate them” under the DOL rule against a backdrop of forced evolution.

So if Trump ditches the rule, would Commonwealth go ahead with its plan to jettison commission-based retirement accounts in any case?