How FAs Are Readying Clients for the Next President

In about five weeks, Americans will choose a new president, as one of the most colorful and divisive election campaigns in recent memory draws to a close.

According to most polls it’s a tight race. By many accounts Republican nominee Donald Trump has gained ground in recent weeks, challenging or surpassing Hillary Clinton, his Democratic rival, in battleground races and in overall popularity. Meanwhile Clinton maintains a significant but shrinking lead in most projections for Electoral College outcomes — which is where U.S. presidential contests are decided.

In this climate, with fierce partisanship diluted by widespread apathy and dislike of both major party candidates, we set out to discover how financial advisors are preparing clients for the election’s outcomes — and its potential economic effects.

PRW Wealth Management in Quincy, Mass., hears from clients who worry about the post-election impact on financial markets — and the firm is empathetic given the unusually low approval ratings of both candidates. It responds with the message “markets have done very well, and had difficult times, during periods run by either party,” says Elliot Herman, the firm’s chief investment officer.

Herman and his colleagues at PRW Wealth Management, which manages $275 million, share with clients an analysis of post-World War II market returns in phases in which the presidency and the two chambers of Congress were held by the major parties in different combinations.

With reference to this data, PRW Wealth Management tells clients “markets often do fine in periods of gridlock,” says Herman — adding that gridlock is the outcome he and his colleagues anticipate.

As an overarching theme, PRW Wealth Management tells clients that “staying the course” is a more prudent policy than attempting to time market moves linked to political shifts. 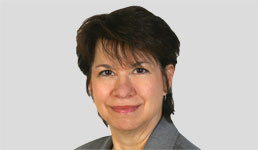 Delia Fernandez of Fernandez Financial Advisory in Los Alamitos, Calif., says she has clients “who have repeatedly told me that if Trump wins they are selling everything until — and if — they feel more comfortable about the markets.”

These worried investors “are invariably people close to retirement or who are otherwise very conservative, risk-averse investors,” adds Fernandez, who manages about $27 million.

In response, Fernandez reminds clients that the power of the presidency is blunted by a tendency to gridlock and a constitution “with built-in checks and balances.”

Meanwhile, Reston, Va.-based PagnatoKarp Partners is preparing a paper for its clients on the Federal Reserve’s ability to “ensure the markets behave appropriately regardless of who wins the election,” says a spokeswoman for the firm.

While a glance at recent history suggests to PagnatoKarp the Fed can impose calm if markets are unsettled by the election outcome, it remains possible that “already troubling factors such as stagnating economic growth, declining earnings, high valuations and numerous geopolitical risks” conspire to rob the U.S. central bank of its traditional persuasive powers, the spokewoman adds.

As a result, the spokeswoman says PagnatoKarp — which manages about $1.4 billion — thinks “it’s a good time to take a few cards off of the table and not allow the other investors’ complacency to get the better of you.”

Brighton, Mich.-based Foguth Financial Group is grappling with the incoming regime by hosting a series of workshops for clients with “concerns on the outcome of this upcoming election,” says firm principal Michael Foguth, who manages $36 million.

Unlike Herman and Fernandez, who stress the likelihood of broad political continuity no matter who wins the election, Foguth sides with PagnatoKarp in seeing good reason for caution about the election results.

But where PagnatoKarp sees the possibility of a weakened Fed as a point of worry, Foguth says differences in the candidates’ stances on income and capital gains taxes warrants that clients “position their assets so that they’re ready to move them as soon as we find out who is elected.”

In broad strokes, Trump favors lower taxes than Clinton – when it comes to estate taxes as well as income and investment levies.

“Something big will change,” Foguth says of the election’s impact on his clients’ financial lives. “It’s most important that the consumer be on the winning side, no matter who is elected in November.”