The M&A Uptick Is a Symptom of Growth, Not a Driver

The push by more owners to tackle succession planning, along with an aging workforce — not to mention six-plus years of rising financial markets — is driving a surge in mergers and acquisitions in the financial-advice industry.

But is M&A becoming so commonplace that it should be considered as a staple of every independent RIA’s long-term growth plan?

The latest data compiled by San Francisco-based investment-banking consultancy DeVoe & Company finds that 92% of all 25 wealth-firm mergers completed in the third quarter involved an RIA with at least one prior deal to its credit. For the year through September, the M&A specialist estimated 87% of such activity involved firms experienced in making such deals.

The data suggests that “more of the established firms are realizing that acquisitions can be a core plank with their overall growth strategy” by planning to do a deal “every year or two,” David DeVoe, the consultancy’s founder, recently told WealthManagement.com.

Some experienced dealmakers aren’t convinced. They say M&A tides are cyclical and much of today’s momentum depends on the strength of investment markets. In this light, critics argue that an 18-month jump in RIA dealmaking — even if it’s by some measures record breaking — doesn’t change the fact that mergers are tough to pull off in the best of times.

“Finding the right partner remains a low-probability event,” says Steve Foldes, vice chairman of Evensky & Katz/Foldes Financial Wealth Management in Coral Gables, Fla. “It’s a time-consuming and expensive process, with a lot of moving parts, that can take years to play out.”

His practice merged last year with the indie RIA run by his longtime friend, Harold Evensky. Now, the firm manages about $1.6 billion, nearly 60% more than the former Evensky & Katz ran as a stand-alone firm. 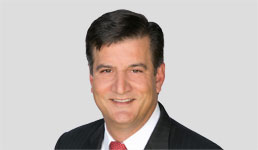 Although the deal proved beneficial to its clients and FAs, Foldes and his partners say they don’t see M&A as a “steady Eddie” type of growth driver for their business. “Sure, we’re keeping our eyes open on an opportunistic basis,” says Foldes. “But it’s nothing we’re going to count on as anything more than unique one-off events that have to be dealt with on a case-by-case basis.”

Post-merger, Polaris Greystone hopes to grow assets by about 30% through the next 12 months. Instead of relying on M&A for much of that growth, however, Powell plans to take advantage of lessons learned over the past eight years when he focused mainly on organic growth to increase his assets by more than 500%.

“It’s true that we’re including more M&A-related networking activities into our overall business plan and they’re becoming a key part of our marketing process,” he says. “But at the same time, we’re not comfortable relying on M&A to contribute any certain amount to our long-term growth.”

A steady stream of captive FAs electing to start their own firms should fuel more M&A activity for years to come, points out Derek Holman, managing director at EP Wealth Advisors in Torrance, Calif. Meanwhile, the veteran dealmaker sees industry colleagues taking an increasingly sophisticated view of what goes into pulling off a successful merger.

“M&A isn’t being looked at as a quick fix to pile on assets anymore,” says Holman, whose firm manages about $2 billion. “You’ve got to figure out how to blend two different organizations into the same culture while at the same time making sure that your clients are really getting the best deal in terms of an improved menu of services.”

Complicating matters more these days, he adds, is the fact that “it’s a seller’s market where negotiations are becoming more complex and competitive.”

Dealmaking has become so popular that potential sellers can be very finicky about even the tiniest details, according to Holman. And he should know. His 16-year-old independent RIA has made seven acquisitions. In the past two years, though, negotiations with five different potential partners still haven’t produced any tangible results.

But, like Foldes and Powell, Holman believes past experience with M&A activity gives him an edge over novices in today’s rapidly consolidating marketplace.

His advice to the uninitiated is to start now to develop a process for reaching out and negotiating with potential M&A partners. “But you’ve got to take your time and remain patient,” Holman says. “You don’t want to let the lure of bringing aboard tons of new clients in one swoop override your strategic efforts to build a sustainable plan for growth that will last for years to come.”