When Clients Insist on Staying in Debt

This week we interviewed Holly Nicholson of Ask Holly Financial Planning Services, an independent, fee-only firm in Raleigh, N.C. Nicholson recalls realizing that some clients get stuck in a debt cycle because they feel comfortable that way.

I have worked with one particular couple for about 15 years. When I first met them, retirement planning was on their minds, though they intended to keep working for at least another decade. I gave them the advice I often give clients considering ways to set themselves up for success in their post-work years: First concentrate on paying down debt so it won’t drag you down; then focus on saving. At our next meeting, a year later, I was happy to see these clients had followed my advice. Unfortunately, the story doesn’t end there.

The clients had used some of their savings to pay off their home equity line of credit. That was a smart move, and it fit with the financial plan we had worked out. However, within a year they let me know they had reopened the HELOC to meet a one-time need, and their debt was at pretty much the same level as before. They assured me it wouldn’t happen again and they’d do their best to eliminate the new debt. But over the next 10 or so years, the cycle kept repeating. They’d use savings to pay off their debt, and then they’d run the debt back up to the same level as before. The good news was they weren’t amassing tons of new debt. It just seemed as though there was a certain amount of debt they were comfortable with. 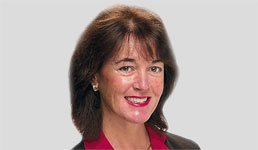 After this cycle had played out a couple of times, I decided to try a new strategy. Even though common wisdom says it’s best to pay off debt before saving, that approach wasn’t helping these clients at all. So I recommended they stop depleting their assets to pay down debt. I asked them instead to increase their savings targets while finding another way to repay some of that debt, possibly by trimming their day-to-day spending.

Over the years, I’ve dealt with several other clients who seem to follow the same pattern. They’ll eliminate their debt — for a while. Then they’ll slowly let it creep back up to whatever level they’re comfortable with. It’s kind of like dieting. Some people have a weight they’re comfortable with, and while they may want or intend to lose five more pounds, they always find themselves hovering around that set point.

Counseling such people to focus on eliminating debt first can actually be counterproductive. I’ve learned to look for patterns. If a client’s spending increases once he or she has eliminated debt, I pay attention to that. If the pattern repeats itself, I shift my focus and encourage the client to save more for retirement. It can feel counterintuitive to save while you still owe, but sometimes that’s what works in practical, psychological terms. We’re not always rational creatures. As advisors, we have to keep that in mind and find an approach that actually works for our clients as they are, not as we wish they were.