A Bank of America rule exempting accounts referred to Merrill Lynch advisors by its retail-bank unit from the Protocol for Broker Recruiting has been in place for four years. So reports Reuters, and so confirms Bank of America. However, the news service says many Merrill brokers were asked to sign the contract agreeing to the exemption “for the first time in recent months.”

By way of explanation, a spokeswoman tells FA-IQ the bank may have brought the matter to the fore recently when it sent Merrill FAs revamped eligibility criteria for participation in its consumer-bank referral program. “The reference to broker protocol is just one point” addressed in these criteria, she emphasizes.

New or not, some industry watchers say Bank of America’s attempt to circumscribe the protocol, a 10-year-old set of guidelines designed to protect clients’ privacy when their brokers switch employers, is a knee-jerk reaction that could undermine the agreement. The protocol allows departing FAs to take basic client information — name, address, phone number, e-mail and account title — along when they switch firms, and many believe it has reduced legal wrangling between firms and given clients freer rein to choose who advises them.

Merrill’s sudden effort to place bank referrals outside the protocol’s pale is “short-sighted,” says William Nelson, a securities attorney in Colorado Springs, Colo., with law firm Lewis Roca Rothgerber. And Nelson believes it’s no coincidence that Bank of America is emphasizing the exception at a time “when it’s losing a lot of brokers.” 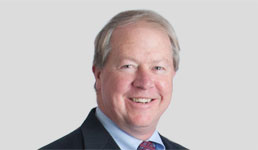 Last year, Merrill gave up $18.6 billion to recruiting by big-name rivals, according to InvestmentNews, which named it the biggest net-asset loser among the wirehouses in 2014. For Nelson, this result and the news that its corporate parent is reminding brokers of strictures around bank-referred clients “aren’t isolated events.”

Merrill advisors aren’t the only wirehouse FAs with taskmasters looking to restrict where and how the protocol applies. For instance, Wells Fargo sticks to the agreement when determining what client information departing advisors can take when the client was referred from its bank. But it rescinds it in some cases where an advisor has “inherited” clients from a colleague who has retired or otherwise left the firm, according to a spokesman with Wells Fargo Advisors, the bank’s brokerage unit. At Bank of America, the protocol applies in full force to inherited clients — unless they’re traceable to bank referrals.

Given the 50-plus average age of wirehouse advisors, headhunter Danny Sarch tells FA-IQ that how firms let advisors handle inherited clients could be a factor in recruitment. In this light, companies have to balance taking a hard line in the name of asset retention with a softer touch to lure recruits.

Nelson says attempts to restrict the protocol — to which over 1,000 firms have signed on — follow the logic “that if we didn’t give you these clients, you wouldn’t have them.” And while he says that makes some sense, it can be countered by advisors who say, “‘Look, I turned a small account into a robust relationship. I put in the sweat equity.’”