Will RayJay Get a Return on Its Training Investment?

After working for Raymond James as a solo practitioner for seven years, Laura Steckler in early 2014 made her twenty-something mentee a full partner in her Miami-based practice. In the brief time since she teamed up with him, her AUM have jumped by 30%, past $130 million.

“I’ve got so much more time these days to focus on building business and providing a Ritz-Carlton experience for our top clients,” she says. “Our referrals have just gone through the roof.”

That’s the kind of story RayJay’s leaders say they hope to hear more frequently in 2015 as they reap the fruits of a revamped training program. After years of taking a laissez-faire approach to how veteran FAs groom recruits, executives say, the firm is providing more formal support to mentors and mentees alike.

“When I took over the program in late 2013, it was being run in a fairly inconsistent and loose manner,” says David Patchen, director of practice management, training and education across Raymond James’s indie and employee channels, which together manage $459.1 billion. “It was left up to each mentor to decide how to train mentees. Last year, we really started to create a more structured process for our experienced advisors to follow.”

The basic system remains the same: Recruits joining Raymond James & Associates, the firm’s employee-advisor arm, are assigned a mentor as they go through the two-year Advisor Mastery Program (AMP). New are curriculum tweaks and software upgrades designed to build more accountability into the mentoring process. For example, trainees and their mentors can now use Success Track, a proprietary online system formerly used only by senior advisors to monitor their business growth. The program records and monitors daily tasks — setting up a client meeting, say, or following up on a prospect’s questions. It scores each task, giving more weight to those that deliver measurable results. For example, a face-to-face meeting with a prospect gets more points than a cold call. 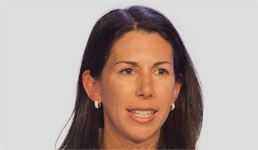 Success Track makes it easier for mentors to gauge their mentees’ progress as they make their way through the AMP. “The two programs work hand in hand to help give new FAs more tools to build successful careers,” says advisor Steckler. The trainee who ultimately became her partner was assigned to RJ’s Miami branch, where Steckler reviewed his daily work routine and coached him as he got his sea legs.

This year RayJay will offer mentees more online tools and interactive classes to sharpen their skills in specific practice areas. One session improves the grammar of sales scripts. Another helps trainees balance graphics and data in client presentations. New material will school trainees in picking up on clients’ nonverbal cues and targeting niche markets.

Women recruits will get even more attention. Besides the mentoring they get through AMP, they’ll be able to tap into a networking group of some 330 female RayJay advisors that hosts seminars and other educational events. The group has been around for years to support veteran women advisors at the firm, but a few weeks ago its members launched their own mentorship program to offer women trainees another level of support. (About 15% of Raymond James’s 6,330 advisors are women.)

According to Patchen, about 150 people are currently participating in the AMP. He estimates that since 2011, when the program started, about two-thirds of trainees who completed it have stayed with the firm. That failure rate is much lower than average: Depending on which researcher you ask, only between 1 in 3 and 1 in 4 advisor trainees become producing FAs at the firm that educated them. But Patchen warns that AMP is still relatively new, so it’s hard to judge how successful his firm’s initiatives will prove to be in the long term.

Sophie Schmitt, an Aite Group analyst in Boston, is skeptical. “Raymond James is putting more resources and effort into training and retaining new advisors than most of its peers,” she says. “But that’s no guarantee of success in a profession with such a historically high turnover rate.”