How to Win Your Biggest New Client

It’s often hard to say what exactly seals the deal when trying to make the leap with such prospects, according to advisors who’ve done so. The common denominator, they say, is connecting with the prospect in a way no other advisor has done — without feeling intimidated by the prospect’s status. Strong referrals don’t hurt, either. With some prospects, being likable is enough. Others respond if you put complex concepts into terms they understand. As for financially sophisticated prospects, winning them means studying up so you can beat the competition by pitching solutions to their problems in detail.

That last scenario changed Thomas Mingone’s perspective about tackling prospects he might once have considered out of his league. He’s managing partner at Capital Management Group in New York, an affiliate of AXA Advisors that oversees $1 billion. “The main lesson was that although some of the details were different, the basic investment principles apply regardless of the number of zeros,” he says. “It allowed me to have the confidence going forward to ask for and expect bigger accounts.”

Years ago, an acquaintance introduced Mingone to a wealthy prospect living overseas who was selling the family business and distributing the money to his relatives. The advisors had to cook up a plan for how 10 heirs would each receive $25 million, then present the plan to the heirs in person — all at once. At the time, his idea of a decent-size client account was $1 million. He prepared for the meeting by researching the tax and cost efficiency of different approaches to the problem, knowing he was competing with FAs at major wealth-management firms. Mingone ended up winning 10% of the family’s assets, still many multiples above his average client size at the time. 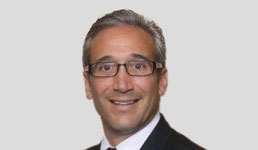 Advisors with an insurance background — constantly aware that traditional wealth managers tend to view insurance agents with deep skepticism — have been known to feel self-conscious when competing for high-net-worth advice clients. That didn’t keep Scott Dougan of Global Plains Advisory Group from pursuing and winning a huge client soon after he switched careers. He became a financial advisor in January 2014 after 17 years as an insurance and annuity agent.

Dougan had gained about five advice clients, each worth between $200,000 and $400,000, when one of his insurance customers referred a couple worth $3 million to him for wealth-management services. They already had a financial advisor but wanted a second opinion on required minimum distributions from their IRAs. It took several meetings to persuade them. Dougan spent lots of time discussing each decision-making process, translating technical language into straight talk that was low-key and devoid of sales pressure regarding any product or strategy.

“It’s not impossible that I could now land a $5 million client, which is a whole different world because of what gets thrown at them by banks and wirehouses,” says Dougan, who manages $49 million in Prairie Village, Kan. His average client now has $750,000 in assets or more.

No elaborate tactics are necessary when the prospect likes you, according to Don Wilde, an advisor based in Gilbert, Ariz. He left Fidelity Investments — where he had been an account executive — in 2012 to join Gallacher Capital Management, which is headquartered in Lone Tree, Colo., and manages over $400 million. Before leaving Fido, Wilde hosted a financial-planning seminar in hopes of meeting prospects. He hit it off with one man in particular, who called him a few days later.

The man became his largest client, with $2.5 million in assets. They’ve become close friends who go to each other’s homes for meals and discussion of sensitive subjects like religion and politics. “We all go through a life journey and sometimes we stumble into things,” says Wilde, whose average client size has shrunk from $600,000 to $400,000 since switching firms. “This win was definitely a factor in deciding to go independent.”