Three days before Christmas, advisor Randy Carver had a heart attack in his office. A sales assistant searched the Internet for the proper first response and administered aspirin to the 50-year-old founder of Carver Financial Services in Mentor, Ohio. Doctors say that might have saved his life.

After a brief hospitalization, Carver went back to work on Christmas Eve with a stent in his chest and a positive outlook. In the interim, his 17-person team had handled his scheduled meetings. Most clients had no idea anything was amiss until the firm e-mailed them days later.

Then, one evening in mid-January, a client facing open-heart surgery called Carver’s firm shortly before the office closed, wanting to change the beneficiary on one of his accounts. Carver’s client concierge quietly took it upon herself to drive the 15 miles to the client’s home — on her own time — so he could sign the necessary documents. Carver didn’t even hear about the request until the next day.

The incidents illustrate perfectly why some advisors consider their staff as important as their clientele. “You’re going to generate business because of your staff,” says Carver, whose Raymond James affiliated firm manages $940 million. “If you get the right people, and they have a common vision, the returns are exponential.” 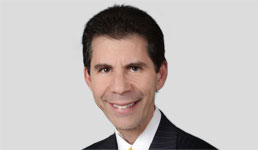 When the leader of an advice firm makes employees a priority, those employees will move heaven and earth to make sure the business runs like clockwork — far better than its leader could on his or her own, experts say. On the best days, a motivated team executes processes efficiently so the leader can focus on bringing in new business. On the worst days — like the ones Carver lived through — dedicated staff deliver what the leader needs to keep going and what clients need to feel well served, no matter what may be going on.

Bosses should stop viewing non-advisor employees as expenses or distractions, according to Gina Pellegrini, who runs Pellegrini Team Consulting in Eden Prairie, Minn. She spent 17 years as an administrative and marketing assistant for a Chicago-based advisor before becoming a coach to advice firms. For one thing, advisors should realize their assistants are an investment, says Pellegrini. Even new hires who come with years of experience require training until they learn their new employer’s ways. So team leaders who can’t delegate are wasting the firm’s money.

To get the most bang for their buck, they must organize tasks and set objectives. Bosses should meet with staffers weekly to discuss progress toward goals, according to Pellegrini. And they should check in daily with the most crucial assistant in the office. “The more time they give to their team members, the more productivity they will get from those team members,” she says.

Another Raymond James advisor, San Asato, says although he likes to believe his three support staffers are just as important to him as his clients are, ultimately clients come first. Asato manages $230 million at McNellis & Asato in Bloomington, Minn. For example, if a client calls the office demanding access to funds earlier than agreed upon, support staff can either manage expectations or defer to the client. That can amount to an ego struggle, Asato says. So it’s up to the firm leader to make clear to employees that in most circumstances, the customer’s right.

For Daniel Lash of VLP Financial Advisors, there are no happy clients without top-functioning employees. “Systems and processes can allow the team to continue to work effectively for the clients even when a team member leaves,” says Lash, whose firm oversees $420 million in Vienna, Va. “Not to say we are all easily replaceable, but that we can be replaced without the service suffering greatly.”