Successful advisors often must adapt to the world of management.

Courtland Williams got an early peek at leadership back during college. In his first summer, he took a commission-based job selling books door to door. By his fourth summer, he was training and then managing a team of salespeople — while still selling books himself.

Good practice for his professional career. In 2003, Morgan Keegan recruited Williams as an advisor in Birmingham, Ala. At his apex with the firm, he was serving more than 300 clients. In 2011, Williams moved to South Carolina and became a branch manager, paring down his practice to just over 50 clients with $1 million in assets on average. Today, as a complex manager at Raymond James & Associates, he spends 90% of his time overseeing 35 advisors who collectively manage $2.5 billion in Greenville and Spartanburg, S.C.

“When I did sell books in college, I loved that,” Williams recalls. “But as soon as my second summer rolled around and I got to help other people, I liked that a lot more. I’m able to impact more people as a manager than I ever could just focusing on building a practice.”

Few people learn so young that they enjoy managing others. Many independent advisors become team leaders out of necessity, as their growing business requires more staff and formal work-flow processes. Solo practitioners have also been known to take management positions on teams after advising their own clients for decades. However it occurs, transitioning from advisor to team leader brings changing perspectives along with changing responsibilities. 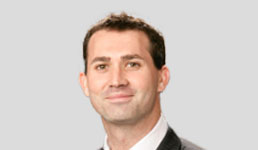 Williams progressed gradually into management. Three years after joining Morgan Keegan, he started leading its Birmingham training program. Within two years, he became assistant branch manager of the top-producing office. After a few years, he became branch manager in Greenville. In 2012, Raymond James acquired Morgan Keegan and added more than a dozen advisors to his team.

These days, Williams mostly trains advisors, makes sure the home office has the team’s back on client solutions and works to ratchet up efficiency. Every year, he produces a notebook for each advisor — averaging 75 pages — with a game plan for pursuing prospects or boosting client service.

By contrast, from the time David Diesslin entered the business in 1980, he always preferred advising to managing. In fact, he says good leadership is knowing how to hire people who can manage others, so the boss can focus on crucial decisions.

Diesslin practiced by himself for nearly a decade, until business picked up so much he needed to add staff just to keep up. In the 1990s, he began hiring outsiders and transitioning part-timers into full-time roles. By 1996, he had three people dedicated to overseeing technology, investments and financial planning. Today, Diesslin & Associates manages over $723 million in Forth Worth, Texas, with a staff of 16 people.

Seven years ago, Diesslin began turning most of the firm’s oversight to Brad Bourland, now CEO. The founder weighs in on strategic decisions that require his long-term experience. The rest of the time, he resolves complex issues for key clients.

“Everything in life is an evolution, right?” Diesslin says, reflecting on his track record as a team leader. “You have to let go of the things you don’t do best and leave them to others. Once you master that, you have lost your limits.”

Of course, managers don’t have to be bosses. Three years ago, Jeff Warnkin joined JL Smith Group, which manages $200 million in Avon, Ohio, as an advisor. But Warnkin spends a quarter of his time as sales manager for three other advisors — including practice-founder Jason Smith. Warnkin has the most experience, having spent nearly 20 years as a sole practitioner and earlier working as an accountant for Ernst & Young.

His sales-management role requires him to set annual production goals for the team, run weekly meetings to track progress and brainstorm ways to ensure everyone stays on target. Warnkin leads conversations on which products and services seem most in demand, as a result of market forces and client needs — and what impact that demand might have on revenues. He also mentors the team’s younger advisors.

“I’ve had to learn to allocate my time appropriately, but this role has given me a new perspective on the business and a lot of renewed confidence and energy,” Warnkin says.